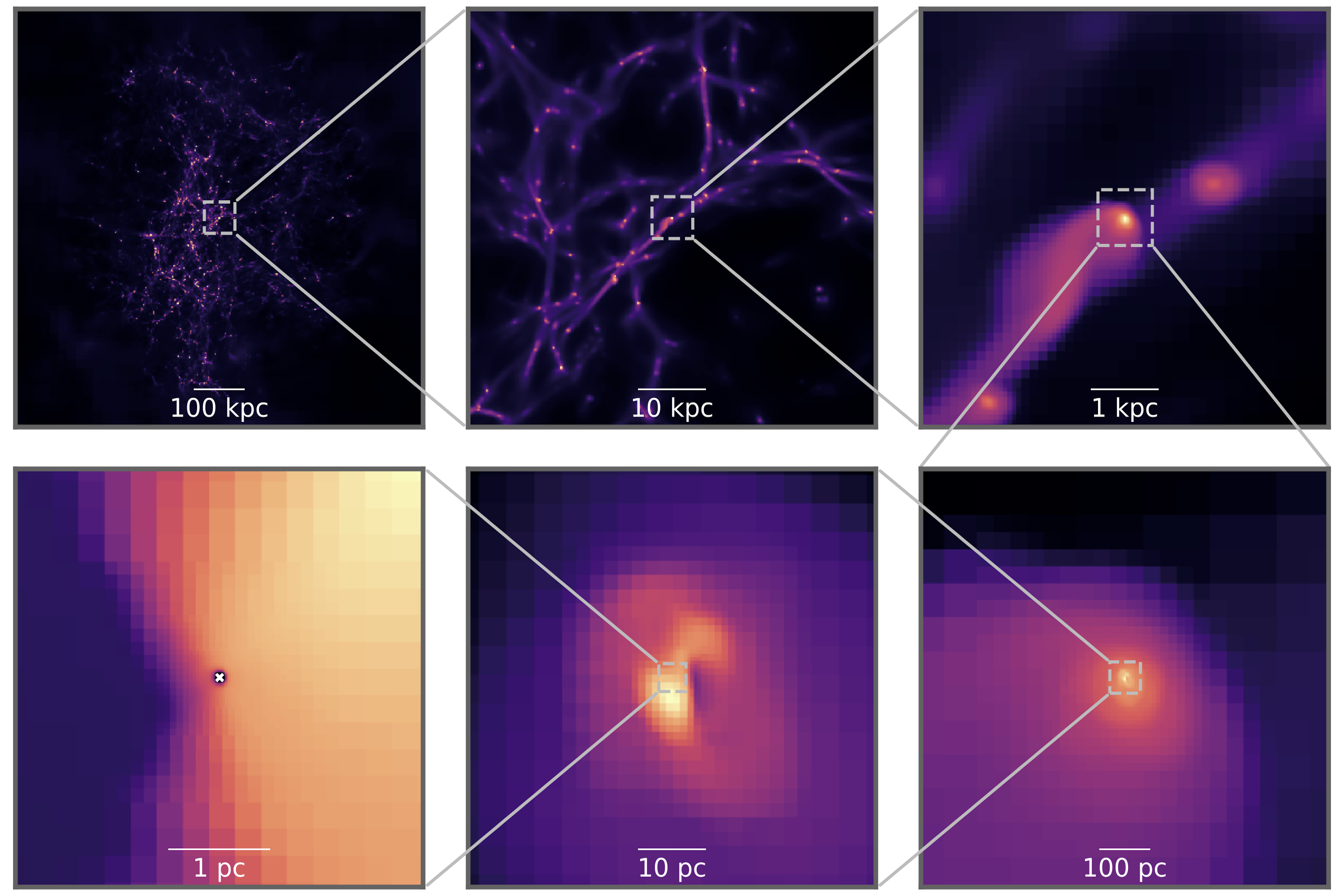 First observed as early as redshift z=7 and now thought to be found at the centre of every massive galaxy in the local Universe, the evolution history of supermassive black holes spans over 13 billion years. Their origin during the first billion years of the Universe is a highly non-linear problem, where small-scale behaviour influences large-scale behaviour and vice versa. Gas fuelling a black hole flows from the cosmic web, through its host galaxy and into the black hole's gravitational potential, before eventually reaching its event horizon. While resolving all 19 orders of magnitude in spatial scale is currently beyond our computational capabilities, it is instrumantel to cover as much of this dynamic range as possible in a single simulation to understand the rapidly changing conditions that allow the first supermassive black holes to grow. 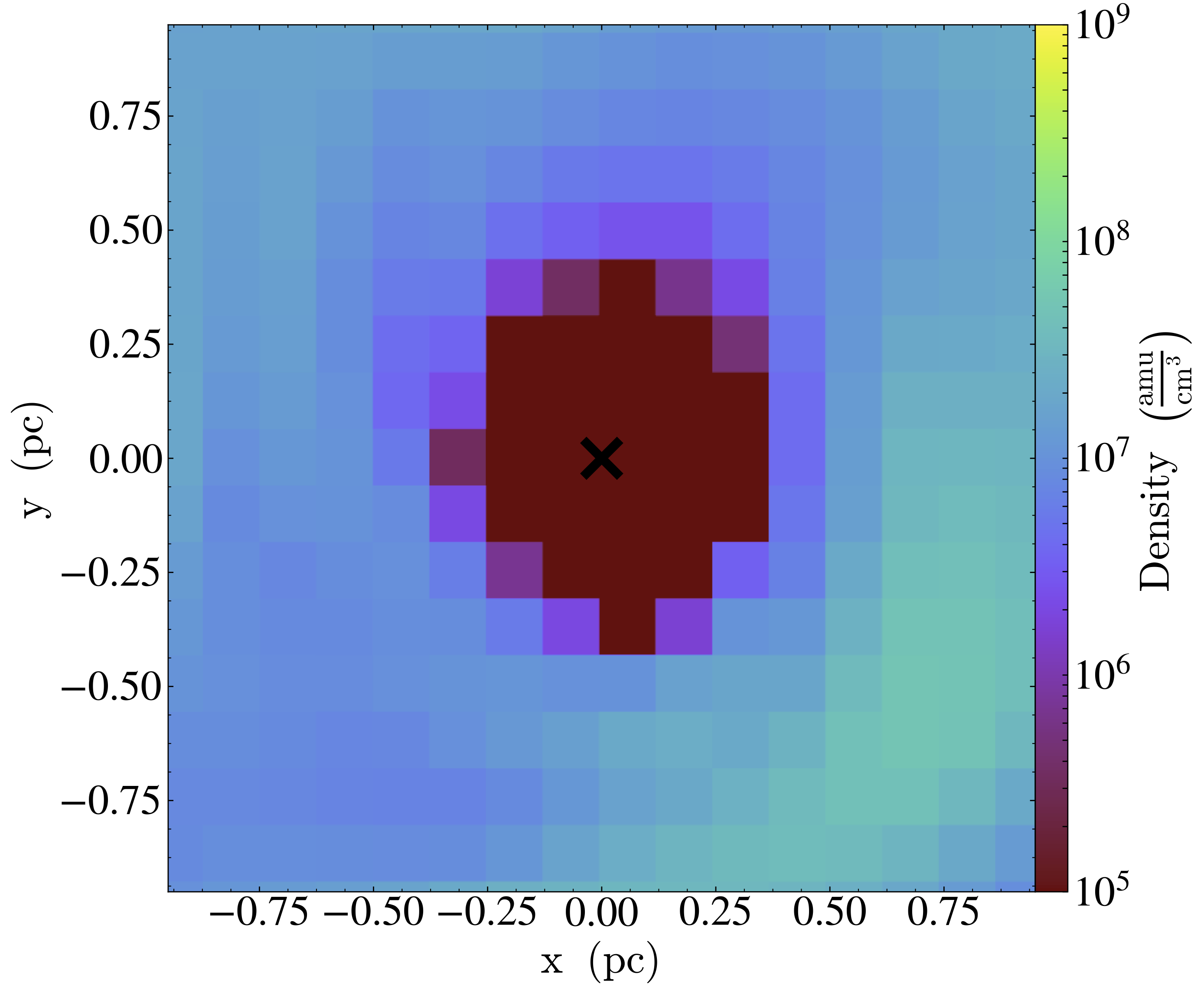 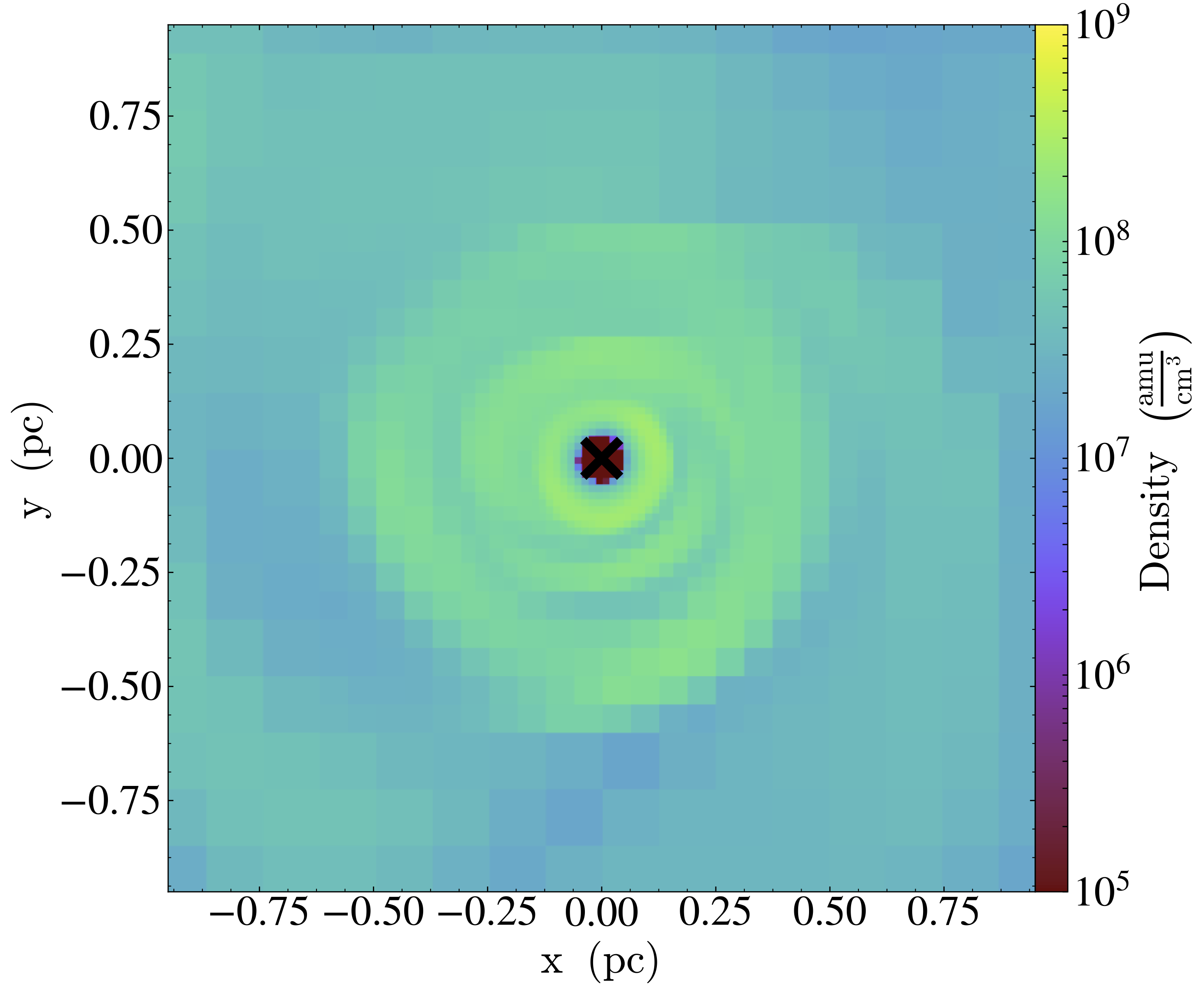 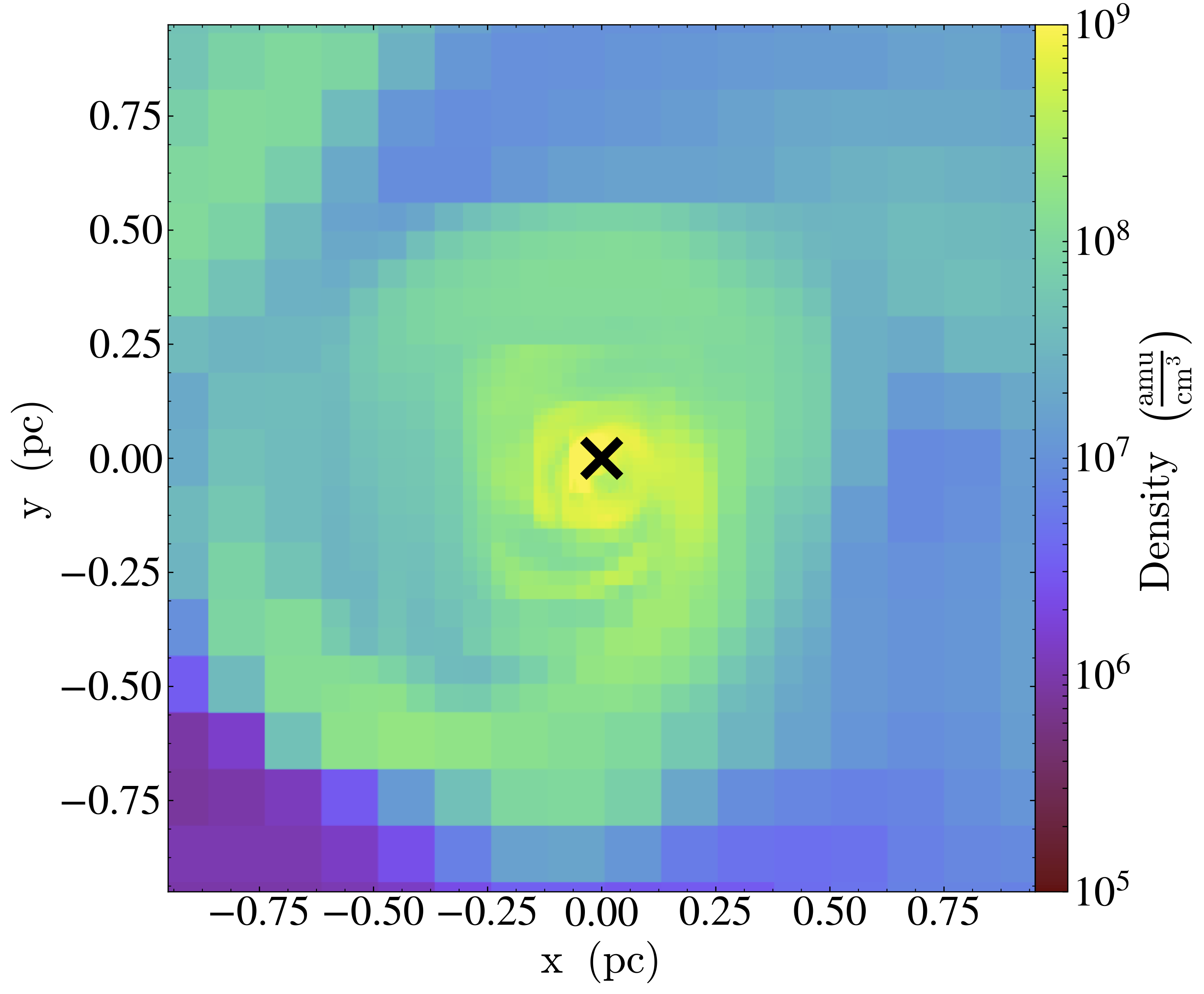 As can be seen in the figures above, which show identical simulations with progressively higher levles of black hole zoom (left to right), resolving the environment allows gas structures dominated by the black hole, such as in this case a nuclear gas disc, to be captured self-consistently in the simulation. These gas structures have such a strong influence on black hole accretion that simulations with various levels of resolution never converge, making a strong case for the need for as much resolution as possible.